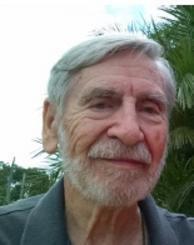 Please make your reservations and meal choice by Sept 4th

All meals come with rolls and butter, non alcoholic beverage of your choice and for dessert, vanilla ice cream, with chocolate sauce and whipped cream

Cost is $20 per person payable by check or cash at the door. No shows will be billed.

Sasha Taurke was an officer of the United States Army and retired as a lieutenant colonel. He was an infantryman, a paratrooper and a member of the Special Forces Green Berets. He then transferred to intelligence, where he was trained in human and counter-intelligence and strategic and combat intelligence.

Serving in Laos and Viet Nam, as well as assignments in the States Sasha was not only a counter-intelligence officer, but a Slavic Group Chief at the Defense Language Institute in Monterey, California, where he met Vicki. His last assignment was in Germany, where he advised Soviet Army officers and soldiers in the Group of Soviet Forces in Germany.

After retiring, Sasha worked as a contractor in the State Department, establishing and leading the Office of Foreign Missions and then became a Senior Fellow in the Institute of Strategic Studies at the National Defense University. There he lectured and taught courses in terrorism, special operations, and Soviet Army operations. Just before the collapse of the Soviet Union he was honored to visit there several times, being the first American who was invited to tour the famous Frunze Academy in Moscow.

Sasha has a BA in Communications with a minor in Political Science from the University of California at Berkley, and a MA in Comparative Governments from Georgetown University, and an “ABD” (all but dissertation) from Fordham University. Besides lecturing at the National Defense University, Sasha also taught at the Military Academy at West Point and in the extension program of Chapman University.

The research for his PhD dissertation argued that the Soviet Union would collapse in large part because of the nation’s problems within the USSR, which is what happened. Sasha feels had he been able to complete his dissertation (which he was unable to do because he was sent back to South East Asia), he is sure that he would have become a famous author.

Sasha came to the United States at the age of 14, having spent his childhood in Kyiv, Ukraine, and his early teens in Austria, which during WWII was a part of the German Reich. He never knew his father, who, being a russified German and a professor at the Kiev University, was arrested and shot by the Soviet secret police as a German spy in 1937. He was raised by three wonderful women: his mother, his aunt, and his grandmother.

is an autonomous organization chartered by the state Democratic Women's Club. Its goal is the furtherance of women's issues. The club meets monthly for business and fellowship, and to hear talks on issues of interest to women. The Club joins with the Democratic Party of Florida in supporting candidates who support the Democratic Party and its platform.

Scholarships
Each year, the DWC is proud to offer scholarships to deserving young people of Manatee County.  Click here for a scholarship rules and application form.  Learn more about our  Scholarship Winners here!